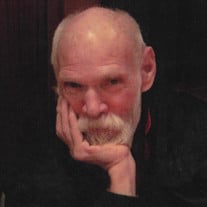 William was born on March 2, 1945, in Tacoma, Washington. At the age of nine months, William was placed in the foster home of Mr. and Mrs. William Owens. Prior to this, he had been in nine different foster homes. William and Edith Owens adopted William when he was 3 ½ years old. He had one sister who was also adopted by the Owens family. After completion of eighth grade, he was employed in a number of different occupations including dishing washing and construction. William lived at home until the age of 25 and was then placed in several different institutions until March of 1994, when he moved to Hillcrest House in Emporia where he seemed to be content and happy. At this time, he was known as “Skip” to his friends. In July of 2008, he became part of the New Beginnings family in McPherson. While there, he received the unconditional love and care from the caregivers whom became his family.

William was full of life, friendly, ornery, outgoing, and never knew a stranger. He particularly enjoyed going to Wendy’s for coffee where he could chat with all the locals. He was an avid Elvis fan and one of his favorite memories was going to see an Elvis impersonator while on vacation. He also liked playing games of all sorts, especially checkers and bowling. William had a strong faith and enjoyed attending the First Christian Church in McPherson. At Christmas time, William would often grow his beard long in an attempt to look like Santa Claus! William will also be remembered for his generosity, and his desire to give gifts to his friends and caregivers.

The funeral service will be held at 11:00 AM, Saturday, Feb. 6, 2021, at the First Christian Church with Pastor Lynn Scott officiating. Burial will follow at Highland Cemetery in Minneapolis, KS. Visitation will be from 5:00 to 7:00 PM on Friday, Feb. 5, at Stockham Family Funeral Home.

Memorial donations may be given to the First Christian Church Youth Programs in care of Stockham Family Funeral Home, 205 North Chestnut, McPherson, KS 67460. To send flowers or a memorial gift to the family of William L. Owens please visit our Sympathy Store.

To send flowers to the family in memory of William L. Owens, please visit our flower store.
Send a Sympathy Card