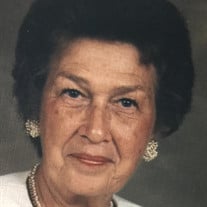 Virginia Dee (Hart) Johnson, 89, formerly of McPherson, KS, passed away Monday, July 23, 2018 in Ellicott City, MD. She was a homemaker and a former resident of Pharr, TX and Kansas City, MO.

She was born May 10, 1929, in Three Sands, OK, the daughter of Leonard and Neta (Pierce) Hart. She spent her younger years in McPherson and graduated from McPherson High School.

On October 31, 1948, she married Howard Leon Johnson. They had two children, Ronald and Vickie. Howard preceded Virginia in death on November 27, 2014.

She was preceded in death her parents, husband, a son, Ronald, and a brother, Neal Hart.

A memorial service will be held at 2:00 PM, Saturday, October 13, 2018, at Stockham Family Funeral Home. Inurnment will follow in McPherson Cemetery.

Memorial donations may be given to the Alzheimer’s Association in care of Stockham Family Funeral Home, 205 N. Chestnut, McPherson, KS 67460. To send flowers or a memorial gift to the family of Virginia Dee Johnson please visit our Sympathy Store.

To send flowers to the family in memory of Virginia Dee Johnson, please visit our flower store.
Send a Sympathy Card