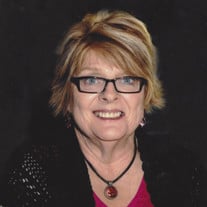 Sandra “Sandy” L. (Prager) Neilson, 71, of Moundridge, KS passed away on Saturday, July 2, 2016, at Mercy Hospital, Moundridge. She had been a Moundridge resident since 1972, formerly of Mankato, KS and Chicago, IL. She retired from Abbott Labs in McPherson and worked as a server in the Moundridge Elementary School’s cafeteria.

Sandy was born on January 28, 1945, in Chicago, Illinois, the daughter of David L. and Sophia L. (Loumbas) Prager. She graduated from Homewood-Flossmoor High School in Homewood, IL. Sandy was united in marriage to Larry D. Neilson on June 12, 1965, in Chicago, IL.

She was a member of St. Joseph Catholic Church, McPherson.

She was preceded in death by her parents, David and Sophia Prager.

Memorial donations may be given to Sandy Neilson Scholarship Fund for the benefit of her grandchildren’s education in care of Stockham Family Funeral Home, 205 North Chestnut, McPherson, KS 67460. To send flowers or a memorial gift to the family of Sandra L. Neilson please visit our Sympathy Store.

To send flowers to the family in memory of Sandra L. Neilson, please visit our flower store.
Send a Sympathy Card