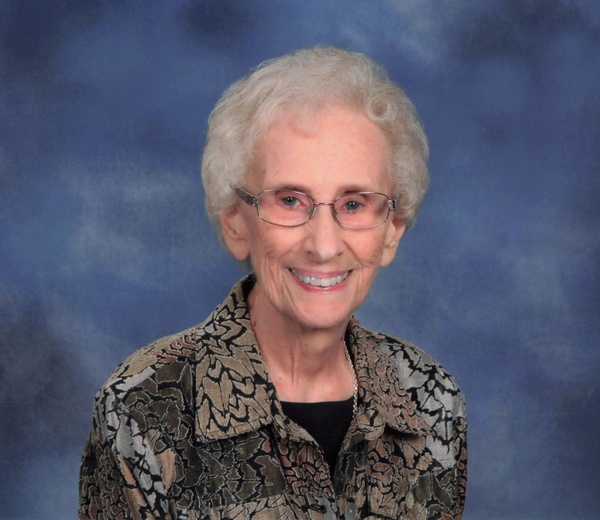 Ruthe K. Willems, 91, passed away peacefully on Wednesday, July 6, 2022, surrounded by family at The Cedars, McPherson.

Ruthe was born Jan. 22, 1931, on the family farm in Dallas County, Iowa, the third daughter of Peter A. and Arbie Ruth (Wingert) Keller. Two sons later completed the Keller family.

Ruthe began first grade at the age of 4. Had she waited, she would have been the only student in her grade level at Fairview country school. Later, rheumatic fever kept her out of school for a year.

After graduating as salutatorian from Dallas Center High School in 1948, Ruthe went on to study at the American Institute of Business in Des Moines and to work at the Brenton State Bank in Dallas Center. She married Alvin E. Willems Dec. 20, 1952, at the Church of the Brethren in Dallas Center. The couple made their first home on the campus of McPherson College, where Alvin was teaching. The couple served as house parents first at Kline Hall and then later at Fahnestock Hall. In 1958, they moved their growing family to 1422 E. Euclid. They remained in “the big house” until 2006, when they downsized to The Cedars Village.

After working as a stay-at-home mom for many years, Ruthe returned to banking in 1976 when her former boss at the Brenton State Bank met Dick Nichols, president of McPherson’s Home State Bank, at a national convention. Ruthe’s name came up in conversation, and Dick Nichols went on to offer Ruthe a job at Home State. Ruthe retired from her position as general ledger administrator in the early 1990s.

Not only was Ruthe adept at numbers, but she was also very good at baking. Her pie crusts and Sunday morning cinnamon rolls were second to none.

Alvin and Ruthe, along with their four children, indulged their love of the Rocky Mountains every summer at the family cabin in Chaffee County, Colorado. Although not raised Mennonite, Ruthe enjoyed taking Mennonite heritage tours with Alvin and his cousin and wife, Vic and Josephine Willems. Together, they explored Germany, the Ukraine, and Paraguay.

Softspoken, kind and nurturing, Ruthe was the much beloved mother of Mark, Susan, Janette, and Brent. To the end, she closely followed the lives of her children, four grandchildren and seven great-grandchildren. “What’s new with the kids?” was her most oft-repeated phrase.

A faithful member of the McPherson Church of the Brethren, Ruthe joined the church’s choir later in life and participated until glaucoma destroyed her ability to read music. Ruthe also was a member of Chapter EU of the P.E.O Sisterhood.

A visitation/informal celebration of life will be held from 5:00 PM to 7:00 PM, Wednesday, July 13, 2022, at McPherson Church of the Brethren.  A graveside service will be held at 10:00 AM, Thursday, July 14, at Zoar Cemetery, Inman with Reverends Chris & Kathryn Whitacre officiating.

Memorial donations are suggested to The McPherson Church of the Brethren or The Cedars in care of Stockham Family Funeral Home, 205 North Chestnut, McPherson, KS 67460.

Church of the Brethren