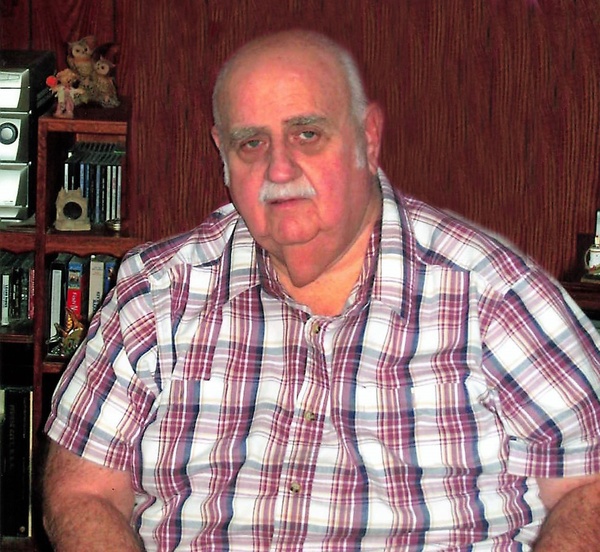 Robert “Bob” D. Cooper, 84, of McPherson, KS, passed away peacefully on Monday, March 14, 2022, surrounded by his family at Hutchinson Health & Rehab.  He was a former McPherson Police Officer and retired after 27 years as the Assistant Chief of Police.

He was born on January 24, 1938, in McPherson, KS, the son of Robert Clarence and Sarah Louisa (Cundell) Cooper.  He graduated from McPherson High School in 1956.  On November 25, 1961, Bob was united in marriage to Vila Marie Lafferty at the Andover Lutheran Church in Windom, KS. This union was blessed with two daughters, Kay and Patti.

Bob served in the National Guard, was a former member of the McPherson American Legion Post #24, and was a 62 year member of McPherson Lodge #172 AF & AM.

Some of Bob's favorite pastimes included fishing, collecting belt buckles, and going to Kansas City Royals baseball games with his dad.  In earlier years, he enjoyed family vacations with the kids and in later years, he and Vila traveled on their own.  Above all, Bob loved spending time with his family.

Survivors include: his loving wife of 60 years, Vila of the home; two daughters, Kay Graham and husband, Jerry, of McPherson, KS and Patti Cooper of McPherson, KS; and many extended family and friends.

He was preceded in death by his parents and a sister, Barbara Cooper.

A graveside service with military honors will be held at 2:00 PM, Monday, March 21, 2022, at McPherson Cemetery.

Memorial donations may be given to the McPherson Police Department or McPherson Lodge #172 AF & AM in care of Stockham Family Funeral Home, 205 North Chestnut, McPherson, KS 67460.