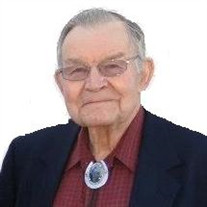 Robert K. Alexander, 83, of Salina and formerly of Galva and New Cambria, passed away on Friday, May 1, 2015, at Smoky Hill Health & Rehabilitation Center, Salina. He worked at W-R Mill in McPherson and retired from PKM Steel in Salina. He also worked for the Salina Park Department.

Robert was born on January 8, 1932, in Galva, KS, the son of John Clarence and Edith Viola Christine (Johnson) Alexander. He graduated from Galva High School in 1950. He served in the U.S. Navy Reserve for eight years.

He was a member of Galva United Methodist Church and Hutchinson Moose Lodge. He volunteered at Salina Adult Day Services.

He was preceded in death by his parents, wife, Dorothy, and a sister, Norma Decker.

The funeral service will be at 10:30 AM, Tuesday, May 5, 2015, at Galva United Methodist Church with Rev. Sharlan J. Graber officiating. Burial will follow at New Gottland Lutheran Cemetery. Visitation will be held on Monday, May 4, from 3:00 PM to 8:00 PM at Stockham Family Funeral Home with family receiving friends from 6:00 PM to 8:00 PM.

To send flowers to the family in memory of Robert K. Alexander, please visit our flower store.