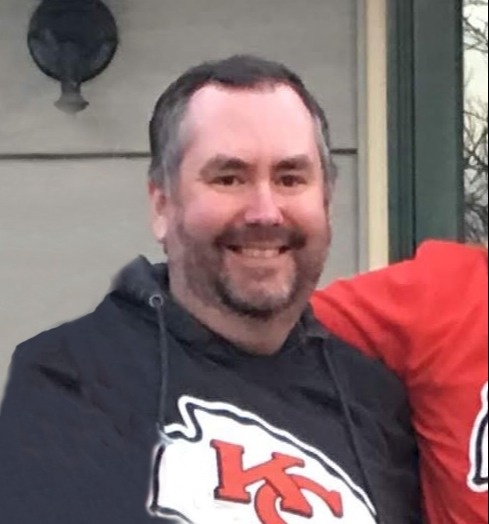 Marshal Craig Funk, 43, of Redmond, Washington and formerly of McPherson, Kansas, passed away on Saturday, June 11, 2022, at his home.

A friend and neighbor, Shawn Hein, was a big part of Marshal’s childhood.  It was almost as if they were twins.  Where one was, the other was never far away.  Marshal enjoyed school and the relationships he had with his teachers.  At an early age, Marshal developed an interest in space exploration and meteorology.  Many hours were spent at the Cosmosphere in Hutchinson.  He knew the mission of every space flight and what it involved.  He was also interested in observing weather.  Initially he was terrified of storms and severe weather.  Needless to say, the weather channel was on almost constantly, especially on days when there were weather alerts.  When tornado sirens went off, we usually went to the neighbor’s basement for shelter.  On one of those days, his dad noticed his backpack was moving and squirming.  Marshal had packed four kittens in there to take to the neighbor’s basement.   Eventually after learning what causes severe weather, he became more rational and even wanted to go out and chase storms.

Marshal attended First Baptist Church regularly with his family.  In 1988, he was baptized after professing his faith in Christ.  Marshal would look forward to spending time with family and friends.  At family reunions, he enjoyed sharing his jokes and puns.  Marshal also enjoyed vacations with his family, especially time in the mountains of Colorado.

Marshal played trombone in the Middle School Band and Jazz Band.  This carried over to the High School Marching Band, Pep Band and Jazz Band.  Marshal enjoyed reading, and read many books from a wide range of genres.  Early in high school, Marshal was hired at the local Dairy Queen where he developed a good work ethic.

Marshal graduated from high school in 1997 and went on to Kansas State University where he participated in Marching Band his freshman year.  He worked as an assistant for two years at Goodnow Residence Hall.  He graduated in 2002 with a degree in History and a minor in Computer Science.

After graduating from college, Marshal packed up his car and moved to Seattle, Washington, where he had a job waiting for him through his friend, Daniel Horn.  He worked at various software companies, including Marchex, White Pages, Amazon and others, ending up at the University of Washington.  Marshal enjoyed cooking and was happy to give his advice on cooking procedures to those of us less able. In an uncharacteristic move, Marshal became a dedicated Seattle Seahawks fan for several years when he had access to season tickets through his apartment manager.  In 2014 when the Seahawks won a Super Bowl, it was time to move on.

We always looked forward to Marshal being home at Christmas and catching up on life’s events.  Marshal had a quiet and reserved personality, but he was a positive influence in the lives of people he knew and worked with.  Marshal will be greatly missed.

A special thanks to Roger and Karen Horn, Daniel and Ashley Horn, and their families for including Marshal in their holiday family celebrations and dinners.

He was preceded in death by his mother, Janet Funk, and his grandparents, Peter Jr. and Hilda Schmidt and Roy and Mary Ann Funk.

A memorial service will be held July 17th at 2:00 p.m. at the McPherson Community Building, 122 E Marlin, McPherson, KS.  To view a live stream broadcast of the service, please click on the following link: https://evt.live/memorial-service-for-marshal-c-funk

In lieu of flowers, memorials may be given to the Norene Ketcherside Endowment for Fine Arts, in care of MCCF and mailed to Stockham Family Funeral Home, 205 North Chestnut, McPherson, KS 67460.

To send flowers to the family in memory of Marshal C. Funk, please visit our flower store.