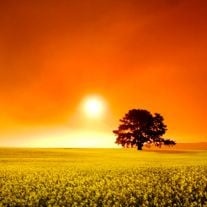 Kenneth LaMar Martens, 88, of Inman, KS, passed away peacefully on Sunday, January 17, 2021, at Ascension Via Christi – St. Francis Regional Medical Center, Wichita. He was a farmer and stockman and had lived in the Inman area most of his life.

Kenneth was born January 19, 1932, in Inman, KS, the son of George K. and Susie (Loewen) Martens. He graduated from Clark School, Inman.

He was preceded in death by his parents, step-mother, Anna (Hiebert) Martens, wives, and sister, Lola Litwiller.

Memorial donations may be given to Inman Senior Center in care of Stockham Family Funeral Home, 205 North Chestnut, McPherson, KS 67460. To send flowers or a memorial gift to the family of Kenneth L. Martens please visit our Sympathy Store.

To send flowers to the family in memory of Kenneth L. Martens, please visit our flower store.