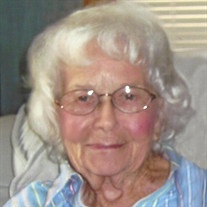 Kathryn Koger was born April 30, 1920 on a farmstead outside of McCune, Kansas to Earl and Gladys Calhoun. She grew up helping on the farm until she went to Kansas State Teachers College (now Emporia State University) in Emporia, Kansas. She received her Master’s Degree from the University of Tulsa. Her first teaching job was in Sedan, Kansas before she moved to Pittsburg State College to manage the bookstore. She then taught shorthand and accounting at PSC until 1979. She finished her teaching career at Missouri Southern State College (now Missouri Southern State University) where she taught accounting.

Kathryn met Richard B. Koger, DVM, when she took her sister’s sick dog to him for treatment. Dr. Koger and Kathryn were married in 1957. They had two children, Richard “Rick” Earl Koger and Randee Koger.

Kathryn owned a farm before she was married and acquired farms throughout her life. Her lifelong passion for farming was recognized in 1999 when she received a Soil Conservation Award from Kansas Bankers Association.

This passion was also evident every summer when she had a big garden at her home, her specialty being tomatoes, which she sold to local grocery stores and won tomato contests. She composted her garden before it was mainstream and used the garden to teach her children the value of hard work and self-sufficiency. (Although, her children might have thought they were just “free labor”!) Her excess garden produce was canned. She made terrific tomato relish and pickles.

Kathryn had a deep love her entire life for her animals. From horses, donkeys, goats, chickens, dogs and cats, she took care of them passionately. In her later life she adopted a miniature schnauzer, Precious, that she adored for fourteen years, nursing the little dog through diabetes. She then adopted a tornado rescue dog, Windy, that she doted on until her death.

Kathryn supported numerous ministries and taught Sunday School at church, where she was treasurer for many years. She enjoyed bridge with her friends at the Joplin Women’s Club for decades. She faithfully read her bible and completed the word scrabble in the paper every day, and delighted in beating her daughter in cards. She also enjoyed classic cars with her son Rick and collecting antiques and cookbooks.

A graveside service will be held at 1:00 PM, Thursday, November 12, 2015, at Mount Hope Cemetery in Webb City, MO. Rev. Boyce Mouton will officiate the service. The family will receive friends and viewing will take place from 12:30 to 1:00 PM at the cemetery.

In lieu of flowers, memorials may be sent to the Joplin Humane Society or a charity of the donor’s choice in care of Stockham Family Funeral Home. To send flowers or a memorial gift to the family of Kathryn M. Koger please visit our Sympathy Store.

To send flowers to the family in memory of Kathryn M. Koger, please visit our flower store.
Send a Sympathy Card