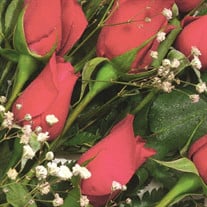 She was a member of Zion Church of God in Christ, Mennonite, Inman

Preceding her in death are her parents; husband, Leonard; one son, Clinton; one son-in-law, Rodney Smith; siblings, John and Henry, and four siblings who died in infancy, Abe, William, Agnes, and Lena; one brother-law, Herman Koehn; and a sister-in-law, Mildred Schmidt.

Memorial donations may be given to Moundridge Manor in care of Stockham Family Funeral Home, 205 North Chestnut, McPherson, KS 67460.

To send flowers to the family in memory of Justina Koehn, please visit our flower store.
Send a Sympathy Card