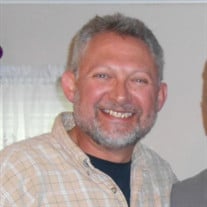 Johnny J. Sanko, 49, of McPherson, passed away Sunday, June 7, 2015, at his home. He was a welder and fabricator at FEMCO in McPherson and previously worked at the parts desk at M & M Choppers in Galva. Johnny also had a brief career in law enforcement and was a former Marion County deputy sheriff and police officer in Peabody, Kansas.

He was born August 22, 1965 in Spearville, KS, the son of James J. and Judy A. (Clark) Sanko. He graduated from Spearville High School in 1983 and earned an Associate Degree from Garden City Community College. Johnny was also a veteran of the U.S. Army and served in Operation Desert Storm. He was a Life Member of the Veterans of Foreign Wars.

Visitation will be from 3:00 to 7:00 PM Saturday at Stockham Family Funeral Home with the family receiving friends from 5:00 to 7:00 PM. Cremation will follow and inurnment with military honors will be in the Spearville Cemetery at a later date.

Memorial donations may be given to the Johnny Sanko Memorial Fund (for the benefit of his granddaughter, Natalie) in care of Stockham Family Funeral Home, 205 N. Chestnut St., McPherson, KS 67460. To send flowers or a memorial gift to the family of Johnny J. Sanko please visit our Sympathy Store.

To send flowers to the family in memory of Johnny J. Sanko, please visit our flower store.