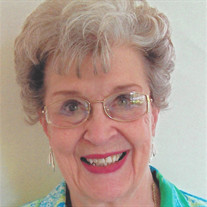 Janis L. Albert, age 89, died October 28, 2015, at Lakeland, Florida of pneumonia and respiratory failure. Born October 10, 1926, in McPherson, KS, she was the oldest child of Rosalie and Clarence Burkholder. She graduated from McPherson High School, attended McPherson College and the Universities of Kansas and Hawaii.

In 1946, she married D.W. Passell (COL, U.S. Army), and as a military wife lived in Occupied Japan for four years, Germany for six years and four years in Honolulu, HI, as well as many stateside locations. They had one child, Bruce “Tad”, who died at age 18 in an auto accident. The marriage ended after 26 years. She was married to W.C. “Bud” Albert, (LT COL, U.S. Army), for 19 years, from 1974 until his death in 1993. Her marriage to Wayne W. Thomann ended after two years.

In 1968, she had the honor of being named hostess to President Thieu of Vietnam and his party, who were in Honolulu for meetings with U.S. President Lyndon B. Johnson. Jan was a gifted artist. She presented 21 One-Woman Shows, has work in the Parthenon Permanent Collection in Nashville, TN and was represented by galleries in Kentucky, Tennessee and Florida. Her favorite medium was watercolor.

In 1985, she began breeding Cockatiels in her Nashville aviary and exhibiting them nationwide, with birds winning Champion and Grand Champion status. She held various offices in the National Cockatiel Society before becoming President in 1999. After Bud’s death she sold most of her birds to move to Atlantic Beach, FL, later to Winter Haven, FL and finally to the Estates at Carpenters, move number 32 for her. She always had pets – birds, dogs and cats – in her life.

She is survived by her sister, Barbara Nordling of Lawrence, KS, and her brother-in-law Adrian Sayler, of St. John, KS, as well as nine nieces, six nephews, great-nieces and great-nephews. Jan gives a special thanks to her long-time caregiver, Jenny Brannon, who became family to her.

The funeral service will be held at 2:00 PM, Friday, November 6, 2015, at Stockham Family Funeral Home, 205 N. Chestnut, McPherson, KS 67460. The final resting place will be McPherson Cemetery, alongside her son Tad.

To send flowers to the family in memory of Janis L. Albert, please visit our flower store.