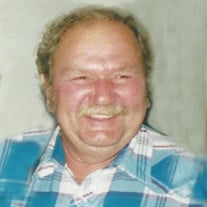 To view a livestream broadcast of the memorial service at 10:30 AM, Saturday, March 27, please click here: https://boxcast.tv/view/james-speakman-memorial-service-scn7q923f8dvriz0h7da

James was born on August 21, 1946, in Zanesville, OH, the son of Robert and Dorothy (Hooper) Speakman. He graduated from Nokesville High School in 1964. After graduation, he married Teresa Barr and they had three children. He later moved to Kansas, and married Glenda J. Esaw on June 9, 1979, at Andover Lutheran Church in rural Windom, KS. They had three children.

He was preceded in death by his parents; sister-in-law, Sandy; brothers, Dan and Rick; a granddaughter, Samantha; and a grandson, Christopher Lee.

The memorial service with will be held at 10:30 AM, Saturday, March 27, 2021, at Stockham Family Funeral Home. Military Honors will be conducted by American Legion Post #24 and V.F.W. Post #2715. Masonic Rites will be held at a later date.

To view a livestream broadcast of the memorial service, please click here: https://boxcast.tv/view/james-speakman-memorial-service-scn7q923f8dvriz0h7da

Memorial donations may be given to the Cornerstone Lodge #219 AF & AM in care of Stockham Family Funeral Home, 205 North Chestnut, McPherson, KS 67460. To send flowers or a memorial gift to the family of James Dean Speakman Sr. please visit our Sympathy Store.

To send flowers to the family in memory of James Dean Speakman Sr., please visit our flower store.
Send a Sympathy Card