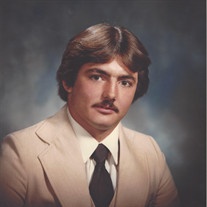 Hardy L. Williams, Jr. “Junior”, 52, of McPherson, passed away on Monday, August 3, 2015, at Newton Medical Center, Newton, KS. He was a U.S. Army Sergeant, serving in Desert Storm. He had lived in McPherson since 2001, formerly of Chapman, KS.

He was preceded in death by his parents and step-father, Fred Porter.

The memorial service will be held at 11:00 AM, Friday, August 7, 2015, at Stockham Family Funeral Home with Military Honors. Inurnment will be at a later date in the Arlington National Cemetery.

Memorial donations may be given to Disabled American Veterans in care of Stockham Family Funeral Home, 205 North Chestnut, McPherson, KS 67460. To send flowers or a memorial gift to the family of Hardy L. Williams Jr. please visit our Sympathy Store.

To send flowers to the family in memory of Hardy L. Williams Jr., please visit our flower store.