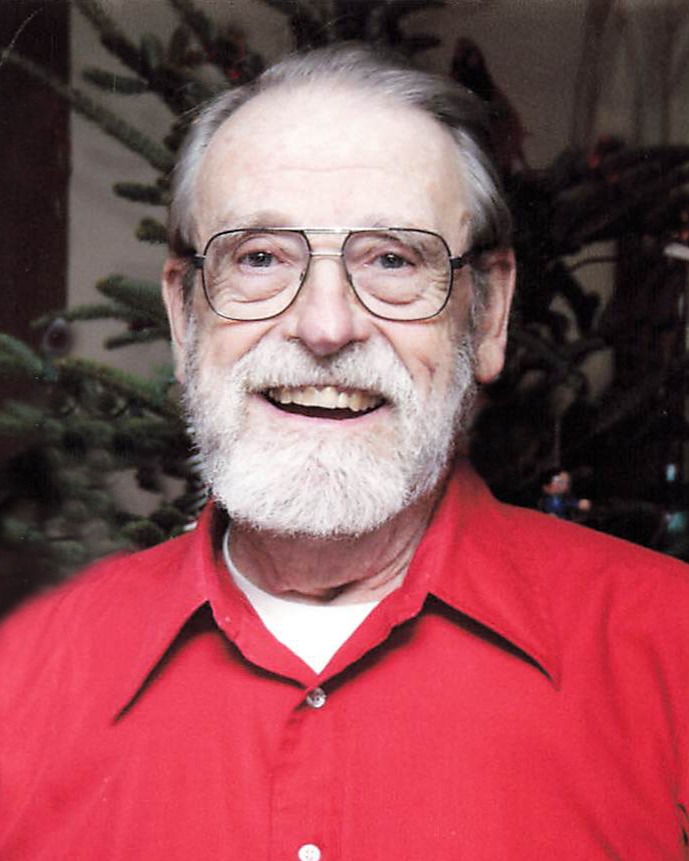 Gilford John Ikenberry, Jr. was born the day after Christmas 1929 in Fargo, North Dakota, where his father taught botany at North Dakota State University. The family of three moved frequently during the Great Depression, and young Gilford’s boyhood residences ranged from Columbus, Ohio, to Kansas, to Berkeley, California, to Portales, New Mexico. He began fourth grade in Stillwater, Oklahoma, graduating from Stillwater High School in 1948. Gilford’s father had some friends on the faculty at McPherson College, including R. E. Mohler and Joseph Bowman, and other relatives lived close to campus, so McPherson seemed a good option for Gilford, Jr.’s post-secondary schooling.

While Gilford made his career and reputation as a botanist, he did his undergraduate degree at McPherson College in mathematics. His interest in music extended back to his childhood, and during his college years he sang bass in A Cappella Choir and in male quartettes, representing the college on many deputations during his four years. During his freshman year, a young coed from Dallas Center, Iowa, captured Gilford’s attention, and he and Nelda Jeanine Baldner married in 1951, prior to their senior year. Their union bore three children—Susan, John, and Nick—and the joy and stimulation Gilford and Nelda received from one another’s companionship over 71 years of marriage is inspirational.

After college Gilford taught at McLouth, Kansas, for two years. He began taking classes at Oklahoma State University and discovered that he shared his father’s passion for botany. He completed the M.S. in botany and plant pathology at OSU in 1956, moving to Iowa State University to pursue a doctoral degree, which he received in 1959. He accepted a position at Michigan State University where he continued research in plant pathology. In 1961, McPherson College’s president Dr. Bittinger convinced Gilford to accept a position at McPherson College.

When Dr. Ikenberry moved into his Harnly Hall office in the fall of 1961 and began setting up a greenhouse and labs, the most respected, celebrated faculty team in the history of McPherson College was complete. For the next 25 years, Dr. Ikenberry teamed with Dr. John Burkholder and Dr. Wesley DeCoursey to produce class after class of outstanding science graduates, more than 250 in all, who went on to become successful researchers, physicians, surgeons, dentists, veterinarians, teachers, and academics.

Gilford was always characteristically modest about his part in the remarkable success of his students, dismissing the notion that he shared responsibility for their achievement. The role of the teacher, he said, “is simply to provide a stimulating environment so that learning may happen.” When students take off, “it’s fun to get out of the way and let them go.” One of the many ways Dr. Ikenberry excelled in creating the kind of environment that stimulated student learning was in his design of academic field trips. Hundreds of students learned how to think about the natural world by studying the ecosystems of the desert Southwest, the tropics of Belize and Costa Rica, the marine biology of coastal Oregon, and the high-altitude wilderness of the Rocky Mountains in January and summer travel courses that he planned and taught.

For nearly all his life, Gilford spent summers with family at their Black River Harbor cottages on Lake Superior. Summer months with their children, grandsons, family, and friends were spent hiking the trails of the northern Michigan woods, walking the beaches of Lake Superior, exploring Black River’s great waterfalls, identifying and photographing plants, trees, and fungi, taking the boat up the beach to explore remote spots, or going fishing on Michigan’s many smaller lakes. He also enjoyed woodworking and refurbishing the cottages at Black River.

Gilford cared deeply about nature and spent most of his years exploring rich, natural environments around the globe with his love and partner, Nelda. They hiked and hut-hopped in the Austrian and Swiss Alps, explored the wilds of Scotland and Ireland, visited historic churches in Germany, and enjoyed concerts in Vienna. In addition to exploring the flora and fauna of China and Central America, they spent many months researching the work of botanist/great aunt Mary Clemens who collected and identified plants in Papua New Guinea, Indonesia, Australia, and other parts of the South Pacific in the early 1900s. Gilford was an accomplished photographer, and he and Nelda are well- known for their beautiful slideshow presentations that detail their international adventures.

Gilford Ikenberry’s other contributions to his college, church, and community are numerous. He and Nelda have given generously to their church and their alma mater.

Guided by a strong sense of what is just and right, he supported organizations committed to preserving the environment, redressing inequities, and improving the health and well- being of our neighbors, in our country or around the globe. Gilford sang in the choir of the McPherson Church of the Brethren when he was at home in McPherson. He also served his local congregation on many church boards and commissions. He has been an active Rotarian for more than 40 years.

Gilford’s value-led life, his belief in the potential and abilities of family and friends, his mentorship of students and interest in their careers over the years, and his commitment to concerns of the environment, equity, and justice are only a few of the ways he has impacted and inspired so many of our lives. Through 71 years of his life’s journey, he was joined by his wife Nelda who was an equal partner in all their adventures.

A memorial service will be held on Friday, November 25, 2022, at 10:00 AM at the McPherson Church of the Brethren, McPherson, Kansas.  To view the livestream broadcast of the service, please click on the following link: https://youtu.be/i873Tlfewg0

Church of the Brethren