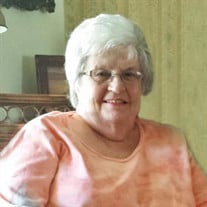 Geraldine “Geri” Schulz, 85, of Canton, KS, passed away peacefully on Sunday, January 2, 2022, at Pleasant View Home, Inman.  She was a homemaker and secretary for the family business, Schulz Welding Service.

She was a member of Canton Community Church and volunteered at McPherson Hospital.

She was preceded in death by her parents and siblings, Ruth Haury and Richard Kliewer.

Memorial donations may be given to Canton Community Church in care of Stockham Family Funeral Home, 205 North Chestnut, McPherson, KS 67460.

To send flowers to the family in memory of Geraldine Schulz, please visit our flower store.
Send a Sympathy Card