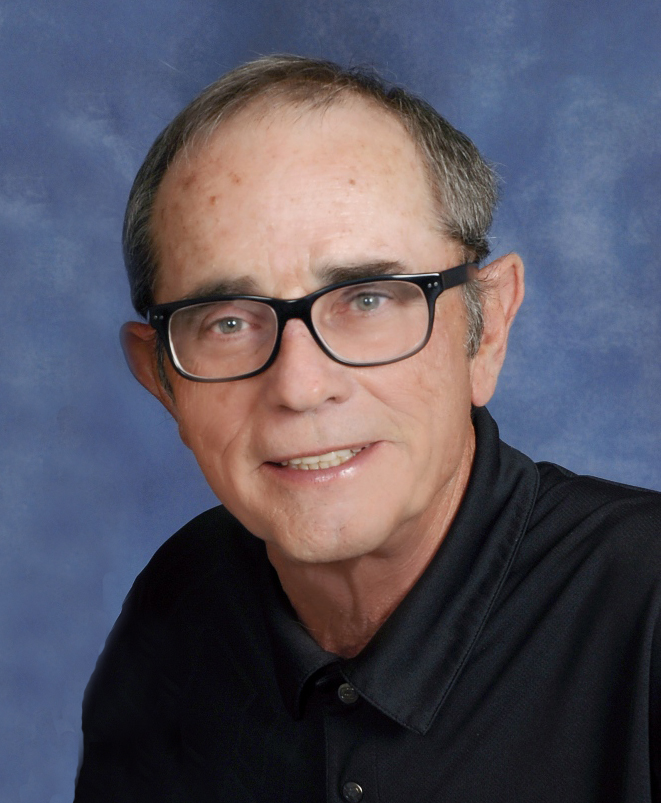 Gerald Wade (Speedy) Miller of McPherson, KS, passed away Friday, June 10, 2022, in the loving home he and his wife Barbara lived in since 1973.

Gerald was born December 22, 1946, in McPherson, the son of Wade Ward Miller and Lucile Marie (Fairchild) of McPherson Kansas.

Gerald grew up playing marbles, cowboys and Indians, army, hide and go seek, baseball, pheasant hunting in western Kansas, and anything outside.  One of his fondest childhood memories was riding the tractor with Granddad Fairchild in the dark fields at night. Other memories include playing till after dark around the home he grew up in at 700 South Chestnut in McPherson.

On August 6, 1967, he married Barbara Jean Kline at the First United Methodist Church in McPherson. Both Speedy and Barb say they were lucky to have both the boy they wanted when Richard Warren was born in 1969 and daughter Amy RaeAnn in 1972.

Gerald served as a convoy trail officer and convoy commander in Vietnam in 1970-71 where he earned a Bronze Star with V-Device. After completing his tour in Vietnam, he returned to McPherson to work in the family auto shop until he sold the shop in 2008.

Gerald attended and served at First Baptist Church, McPherson where he was a member since 1958. Gerald taught Sunday School classes and actively served the church youth group. Gerald was baptized at age 12. His life embodied the Christian Faith due to his devoted love for Jesus his Lord and Savior.

Gerald was an Eagle Scout and later went on to serve as an adult leader for Troop 133. He even finished a grueling two-week hike in the New Mexico mountains with son Richard. Speedy also found time to help his father-in-law Shorty Kline bring T-ball to McPherson. Gerald coached T-ball as well as umpired for Kansas and Western league baseball.

Gerald was a member of the McPherson Optimist Club and was named Optimist of the Year in 1979. He was also a member of the Elks Lodge where he was Officer of the Year in 1999-2000. He served on several boards including Big Brothers & Big Sisters, McPherson Pheasants Forever, Kansas Tire Dealers Association, and Washington Elementary School PTA President. The Millers, along with Jim and Gayle Snow, operated the McPherson County Teen Center for 10 years.

Speedy fulfilled one dream by winning the Senior Division Golf Championship at the McPherson Country Club in 2009 and yet another by sky diving on different occasions.

Gerald lived life to the fullest as he enjoyed fishing, boating, camping, trips to the east coast, snow skiing, water skiing, country dancing, teaching country dancing, winters in Arizona, trips to Lake of the Ozarks, and golfing with friends and family.

Gerald’s greatest passion was supporting his grandchildren in whatever activities they pursued. For the past 10 years, his passion for watching McPherson baseball became iconic. He was the adopted “grandpa” of the team. Gerald could be heard cheering for every batter and every good play – and on occasion correcting the umpire on an incorrect call. In spite of his declining health, he wouldn’t miss a game – as if his life depended on it.  In one of the final games Gerald attended, his grandson Joey Miller pitched a “No Hitter”, a proud moment for grandpa.

He was preceded in death by his parents and granddaughter, Rebecca Fulcher.

Gerald lived to love and serve his family, church, community, and country. Gerald had too many friends to count and will be greatly missed by those who knew him.

A celebration of Gerald’s life will be held at 10:00 AM, Friday, June 24, at the First Baptist Church.  Inurnment, with military honors, will follow at McPherson Cemetery.  The family will receive friends from 5:00 to 7:00 PM Thursday (June 23) at Stockham Family Funeral Home.  To view a live stream broadcast of the service, please click on the following link: https://facebook.com/events/s/gerald-wade-speedy-millers-fun/3382720115341223/

To send flowers to the family in memory of Gerald W. Miller, please visit our flower store.
Memorial Folder
Open