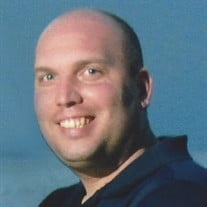 Gary Austin Plumb, 33, of McPherson, KS and formerly of Garden City, KS, passed away on Thursday, June 28, 2018, at McPherson Hospital. He was a student at Hutchinson Community College, had been a firefighter in Garden City, KS, worked for the State Fire Marshall in Topeka, KS, and was a substitute teacher.

He served in the United States Army, Operation Iraqi Freedom.

Gary was born on July 9, 1984, in Hinesville, GA, the son of Paul Norvin and Brenda Kay (Swafford) Plumb. He graduated from Junction City High School and received an associate degree in Fire Science at Hutchinson Community College. Gary was united in marriage to Regina M. Hoke on July 12, 2008, in Manitou Springs, CO.

He was a scout leader for many years, was scoutmaster for Troop 133, and was an Eagle Scout. He was also a member of American Legion Post #24.

Memorial donations may be given to Boy Scout Troop 133 or LAPP (Lifeline Animal Placement & Protection) Wichita, in care of Stockham Family Funeral Home, 205 North Chestnut, McPherson, KS 67460. To send flowers or a memorial gift to the family of Gary A. Plumb please visit our Sympathy Store.

To send flowers to the family in memory of Gary A. Plumb, please visit our flower store.