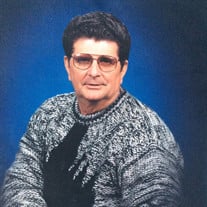 Gary Dean Bird, 78, passed away after a long battle with cancer on March 6, 2017, at Pawnee Community Hospital in Larned, Kansas.

He was born December 3, 1938, in Council Grove, Kansas, the son of Ernest Lee and Helen Irene (Nichols) Bird.

Gary was a 1956 graduate of Protection High School in southwest Kansas. He proudly served in the U.S. Air Force from 1957 until late 1969, which included time served during the Vietnam War. Gary was very proud yet humble concerning his service to his country.

He worked in various security positions in central Kansas before settling and retiring from Koch Industries in Wichita. He was a great listener and loved hearing a good story almost as much as telling one. He shall be missed by many.

Gary and his wife, Andra, are members of The Father’s House Church in Larned, KS.

Gary is survived by: his wife, Andra of the home, two step-daughters, a son- in-law, five grandchildren, two great-grandchildren and many nieces and nephews.

He was preceded in death by his first wife, Nada (Koehn) Bird and his niece Ramona (Stubby) Lacy.

Memorial donations may be given to the Wounded Warrior Project or The Father’s House (Larned) in care of Stockham Family Funeral Home, 205 N. Chestnut, McPherson, KS 67460. To send flowers or a memorial gift to the family of Gary D. Bird please visit our Sympathy Store.

To send flowers to the family in memory of Gary D. Bird, please visit our flower store.
Send a Sympathy Card