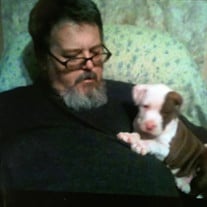 Edward “Ed” Leon Palmer, II, 49, of McPherson, passed away on Wednesday, June 8, 2016, surrounded by family at his home in McPherson. He was a truck driver and auto mechanic.

A family service will be held at a later date.

Memorial donations may be given to the American Kidney Fund in care of Stockham Family Funeral Home, 205 North Chestnut, McPherson, KS 67460. To send flowers or a memorial gift to the family of Edward L. Palmer, II please visit our Sympathy Store.

To send flowers to the family in memory of Edward L. Palmer, II, please visit our flower store.