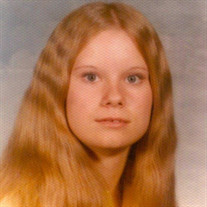 Donna was born September 30, 1958, in Osage City, Kansas to Veta Pearl (Wyrick), and George Wesley Burr, Sr. As a young girl, she started having trouble learning in school. After tests were done, it was discovered she was deaf. She then attended the Kansas School for the Deaf in Olathe, Kansas, where she graduated in 1978.

In 1973, Donna met Ronnie "Ron" Ray Hites and dated for five years. On February 11, 1978, they were married in Lyndon, KS. With great joy on September 5, 1978, their daughter Teresa Jo (Hites) Freidhof was born. In 1979, Donna's husband, Ron, joined the United States Air Force. With Donna's help, he was able to complete a 33 year commitment to the Air Force/National Guard. During that time period, Donna, her husband, and daughter got to travel to London, England (they lived in England for two years), Paris, France, Brussels, Belgium, and they traveled all over Israel. They also lived and traveled to various states in the United States.

Donna was a homemaker, devoted wife, mother, and grandmother. She worked at Ferguson Production, Inc. in McPherson, Kansas from 1996 to 2010 as an injection mold operator.

The memorial service will be held at 11:00 AM, Saturday, November 19, 2016, at Stockham Family Funeral Home. Inurnment will be at Excelsior Cemetery, Marquette at a later date.

Memorial donations may be given to the American Cancer Society or Hospice of Reno County in care of Stockham Family Funeral Home, 205 North Chestnut, McPherson, KS 67460. To send flowers or a memorial gift to the family of Donna Jo Hites please visit our Sympathy Store.

To send flowers to the family in memory of Donna Jo Hites, please visit our flower store.
Send a Sympathy Card