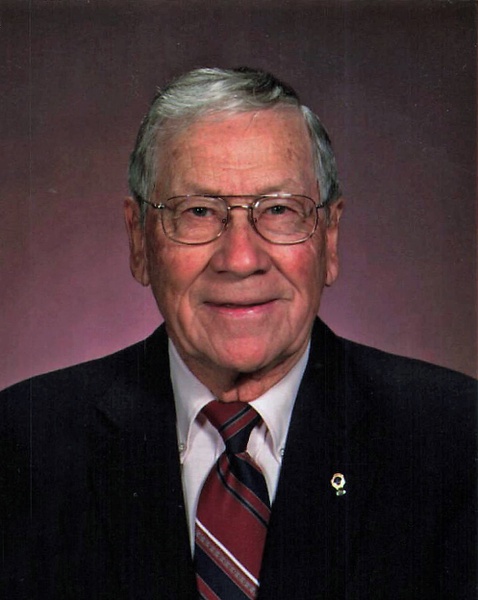 Donald Herman Turnquist, 96, a lifetime Lindsborg, KS area resident, passed away peacefully on Wednesday, March 9, 2022, at Bethany Home in Lindsborg.  He was a farmer and stockman.

Don was born on August 1, 1925, in McPherson, KS, the son of Herman Valentin and Helen Elizabeth (Nelson) Turnquist.  He graduated from Lindsborg High school in 1943.  On October 2, 1948, Don was united in marriage to Geneva Mae Schafer in McPherson, KS.  This union was blessed with four children, Steve, Larry, Bryce, and Donna.

He was preceded in death by his parents, an infant brother, John Turnquist, and a sister, Dorothy Fisher.

A memorial service will be held at 3:00 PM, Saturday, April 2, 2022, at Trinity United Methodist Church, Lindsborg.  A private graveside service will be at the Freemount Lutheran Church Cemetery.

In lieu of flowers, memorial donations may be given to Trinity United Methodist Church, Lindsborg in care of Stockham Family Funeral Home, 205 North Chestnut, McPherson, KS 67460.

To send flowers to the family in memory of Donald H. Turnquist, please visit our flower store.