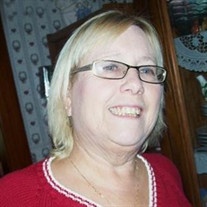 DeAnna “De” Kay Sullivan, 63, of McPherson, KS, passed away peacefully on Wednesday, July 26, 2017, surrounded by family at her home in McPherson. She was a secretary at Canton-Galva Grade School and a para at Canton-Galva High School. She also worked in Corporate Health at McPherson Hospital and was an administrative assistant at ASI.

De was born on January 26, 1954, in McPherson, KS, the daughter of Billy B. and Neva Frances (Duncan) McCormick. She graduated from McPherson High School in 1972 and received an Associate Degree at Salt City Business College. On December 1, 1974, De married Stuart Vogts in McPherson, KS and later married George W. Sullivan, IV on May 5, 2008, in Canton, KS.

She was a member of Journey Mennonite Church, McPherson and former member of Canton Christian Church.

She was preceded in death by her parents, Billy McCormick and Neva McCormick Rounds.

Memorial donations may be given to Journey Mennonite Church in care of Stockham Family Funeral Home, 205 North Chestnut, McPherson, KS 67460. To send flowers or a memorial gift to the family of DeAnna "De" Sullivan please visit our Sympathy Store.

To send flowers to the family in memory of DeAnna "De" Sullivan, please visit our flower store.