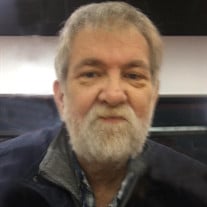 David was born on August 24, 1955, in Belleville, KS, the son of Bobby Lee and Marvel Berniece (Lyons) Lewis. He graduated from McPherson High School in 1973 and received his Associate’s Degree from Hutchinson Community College. David was united in marriage to George Ann Pearson on June 25, 1977, in McPherson, KS.

He was a member of Galva Christian Church, Galva, KS.

He was preceded in death by his parents, brother, Terry Lewis, and sister, Kim Buller.

Family will receive friends from 5:00 PM to 7:00 PM, Friday, March 29, 2019, at Stockham Family Funeral Home. The funeral service will be at 1:30 PM, Saturday, March 30, at Galva Christian Church with Pastor Tripp Edwards officiating. Burial will follow at Canton Township Cemetery.

In lieu of flowers, memorial donations may be given to Galva Christian Church or David R. Lewis Memorial Fund in care of Stockham Family Funeral Home, 205 North Chestnut, McPherson, KS 67460. To send flowers or a memorial gift to the family of David R. Lewis please visit our Sympathy Store.

To send flowers to the family in memory of David R. Lewis, please visit our flower store.
Send a Sympathy Card