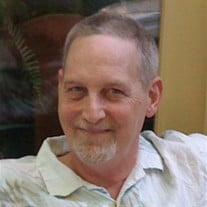 Steven Frank Davenport, 65, of McPherson, KS and formerly of Wichita, KS, passed away on Tuesday, July 18, 2017, at Hospice House, Hutchinson. He worked as a mailer for the Wichita Eagle and Kansas City Star. Steve was born on July 23, 1951,... View Obituary & Service Information

The family of Steven F. Davenport created this Life Tributes page to make it easy to share your memories.

Steven Frank Davenport, 65, of McPherson, KS and formerly of...

Send flowers to the Davenport family.