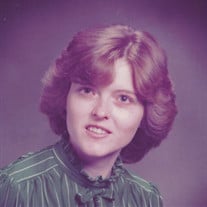 Linda Lea (Smyres) Goodson, 59, of Glendale, AZ, passed away on September 16, 2017. Linda was born November 28, 1957, in Hutchinson, KS. Her parents were Leland Leroy Smyres and Lillian Josephine (McGee) Smyres of Windom, KS. Linda graduated from Wichita State University in 1980 with a degree in accounting. After graduation, she moved to Phoenix, AZ, where she was welcomed by her brother, Lee, and his family. She worked as a certified public accountant in healthcare organizations. Linda married Michael Goodson on December 28, 1985. She was deeply devoted to her family and was beloved by her nieces, nephews, and eight grandchildren. She adored cats. She was dedicated to her work and continued to do accounting until the week before her untimely passing. She is survived by: her husband, Michael Goodson of Glendale, AZ; her brother, Ernest Smyres of Windom, KS; two step-daughters, Brenda Moore and Jennifer Fogarty; a step-son, Arian Goodson; six granddaughters; two grandsons; five nieces; three great-nieces; and two great-nephews. She was preceded in death by: her parents; her sister, Vesta Stout; and her brother, Leon Smyres. A graveside service will be held at 2:00 PM, Saturday, September 30, 2017, at Windom Cemetery, Windom, KS with Rev. Darren Frazier officiating. Memorial donations may be given to a charity of the donor's choice.

The family of Linda Smyres Goodson created this Life Tributes page to make it easy to share your memories.

Send flowers to the Goodson family.