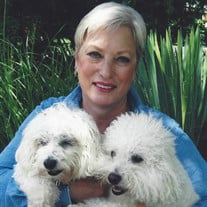 Linda Lee Graves, 70, died Monday, June 10, 2019, at her home in The Villages, Florida. She was a former Salina resident and had worked for Waddell & Reed and also at Country Hill Bank in Lenexa. She was born September 12, 1948, in Salina,... View Obituary & Service Information

The family of Linda L. Graves created this Life Tributes page to make it easy to share your memories.

Send flowers to the Graves family.