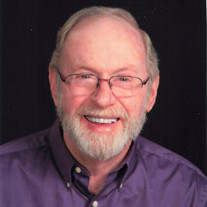 Leroy E. Shugart, age 76, died in his home in McPherson, KS with his loving wife by his side on January 7, 2022, after a brief battle with cancer. In typical fashion, he just had a good Christmas with his family and went out in his own time, on his own terms, and more quickly than anyone expected. He stated that he did not want any “boo-hooing” when the time came, but his family was unable to respect that wish. He was born April 14, 1945, in Eureka, KS, the only son of Eldon and Louise Shugart, and the poor guy was brother to six sisters, five of whom survive to remember what a rascal of a brother he was. He was raised in Severy and graduated from Severy High School, and later on, Wichita State University Physician Assistant program. He was united in marriage to Phyllis Roesener on June 20, 1965, in Dodge City, KS. They raised two boys together, Brad and Brent. He was a loving and attentive grandfather to his adoring grandchildren, spoiling them at nearly every opportunity despite all protests from their parents. He didn’t do anything he didn’t want to do, but fortunately for his loved ones, he wanted to do some pretty cool things. He was known for his woodwork, his stubbornness, his entrepreneurial spirit, his ingenuity, practicality, creativity, ready laugh and willingness to offer a helping hand to anyone. He worked in so many places in Kansas that they couldn’t possibly all be named, mainly because it’s hard to remember them all, and now, unable to ask him. He is survived by his beloved wife of 56 years, Phyllis. Also surviving are his son, Brad (Dominic) Shugart of Sarasota, FL, his son, Brent Shugart of McPherson, KS, granddaughter, Ashlyn Shugart and grandson, Lazarus Shugart, both of McPherson, KS. Surviving sisters include Lois Klepper of Severy, KS, Jan (Frank) Korte of Wellington, KS, Carol Shugart of La Cygne, KS, Mary Jo (Ed) Plaster of Springfield, MO, and Beth (Jeff) Goetzinger of Hutchinson, KS. He is further survived by his former daughter-in-law, Suzanne Wolcott, myriad friends, business partners, riding buddies, and respected colleagues. Right before he passed, he let his family know that he thought he was done using all his tools, and that he planned to have the last word. He will be dearly missed by all who loved him. He was preceded in death by his parents and his dear sister, Linda Crismas. Despite his objections, his family will plan to mourn him in a service on January 14. Per his request, a party will follow to share some food, drink a few beers and tell a few stories, which is exactly what he would be doing if he knew all his family and friends were together. The funeral service will be held at 2:00 PM, Friday, January 14, 2022, at Trinity Lutheran Church with Rev. Tim Leaf officiating. The family will receive friends from 1:00 PM until service time on Friday at the church. Burial will follow the service at McPherson Cemetery. Following the burial, the family extends an invitation for all to join them for a celebration at The McPherson Opera House, 219 South Main St., McPherson. Memorial donations may be given to McPherson County Community Foundation (for the Giving Hope Cancer Fund) in care of Stockham Family Funeral Home, 205 North Chestnut, McPherson, KS 67460.

Leroy E. Shugart, age 76, died in his home in McPherson, KS with his loving wife by his side on January 7, 2022, after a brief battle with cancer. In typical fashion, he just had a good Christmas with his family and went out in his own time,... View Obituary & Service Information

The family of Leroy E. Shugart created this Life Tributes page to make it easy to share your memories.

Send flowers to the Shugart family.