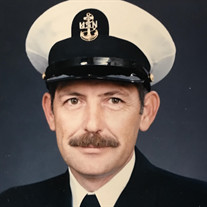 Leo Maynard Linaweaver, 71, passed away on Sunday, December 30, 2018, at his residence in Zwolle, LA. He was born on Friday, June 27, 1947, in Lindsborg, KS. He was preceded in death by his father, Forest McKinley Linaweaver; mother, Vera Gladys (Gordon) Linaweaver; sister, Glova Flood; three brothers: Maynard Linaweaver, Delbert Linaweaver and Clarence Linaweaver; nephew, Jimmy Flood, Jr. He is survived by his wife, Agnes (Beach) Linaweaver of Zwolle, LA; children: Michael Linaweaver of Corpus Christi, TX, Kelly Linaweaver and John Aldrich of Orange Park, FL, Rebecca Linaweaver and husband, Matt Buller, of Moundridge, KS, Marie Ross and husband, Shane, of Garden City, KS, Helen Bowlin and husband, Justin, of El Dorado, KS and Anthony Linaweaver of Houston, TX; brother, Linus Linaweaver and wife, Dee, of McPherson, KS; brother-in-law, Jim Flood of Many, LA; sisters-in-law, Mary Linaweaver of Plains, KS and Verna Linaweaver of Salina, KS; fifteen grandchildren, nine great-grandchildren, along with a host of nieces, nephews, family, and friends. He graduated from Brookville Kansas High School in 1965. Then, he went to work at CertainTeed in McPherson, Kansas. In 1967, he joined the United States Navy. He loved traveling during his service. He retired from the Navy as a Senior Chief Petty Officer in 1990. He went to work for the El Dorado Correctional Facility in 1991, retiring from there in 2003. From 2003 to 2011, he worked as a Security Officer in El Dorado at Butler Community College. His hobbies were fishing, hunting, and bowling. Cooking and eating were also a passion of his and you could taste his love for it in his food. (Sometimes you had to scrape it off the ceiling, but it was still great!) He loved watching his favorite teams, the K.U. Jayhawks and the Kansas City Chiefs play, and you better not change his channel! Above all, he loved spending time with his family. Always there when needed with a firm hand, smile, hug, or a laugh to make it all better. In tears we saw you sinking, and watched you pass away. Our hearts were almost broken, we wanted you to stay. But when we saw you sleeping, so peaceful, and free from pain, how could we wish you back with us, to suffer that again. It broke our hearts to lose you, but you did not go alone, for part of us went with you, the day God took you home. You are loved and will be missed. Always and Forever More. A memorial service will be held Monday, January 7, 2019, at 11:00 AM at Stockham Family Funeral Home located at 205 N. Chestnut Street in McPherson, Kansas. A gathering of Family and Friends will be held afterwards at the American Legion, located at 401 N. Main Street in McPherson, Kansas. In lieu of flowers, please send donations to the American Cancer Society or the Navy-Marine Corps Relief Society in care of Stockham Family Funeral Home, 205 North Chestnut, McPherson, KS 67460.

Leo Maynard Linaweaver, 71, passed away on Sunday, December 30, 2018, at his residence in Zwolle, LA. He was born on Friday, June 27, 1947, in Lindsborg, KS. He was preceded in death by his father, Forest McKinley Linaweaver; mother, Vera... View Obituary & Service Information

The family of Leo Maynard Linaweaver created this Life Tributes page to make it easy to share your memories.

Send flowers to the Linaweaver family.