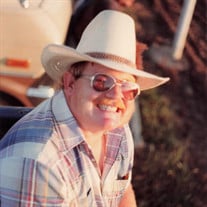 Born into a loving family in the rural Windom, KS area, John James Borgstrom came into this world on Saturday, March 3rd, 1951. His parents were school teachers; J. Valerian and Maebert (Nelson) Borgstrom welcomed him as their first child, followed by his sister LuAnn, brother Mark, and baby sister Debbie. Ironically, John hated school, and yet he made many friends who stayed in contact throughout the years. He was known for his playful nature and enjoyed nothing more than time spent visiting, telling stories, and laughing with friends and family. From childhood, John enjoyed spending time outdoors, which led to his love of farming and camping. After graduation from Little River High School in 1969, he continued to help farm the homestead with his dad, while also attending Salina Area Vo-Tech for a certification in electronics. Through mutual friends, he was set up on a blind date with the woman who would become the love of his life, Susie. They were married on August 11th, 1978, in Hill City, Kansas, her hometown. Soon after, their oldest daughter Anna was born, followed by son Ash, daughter Holly, and baby Gabe. John loved children, and is fondly remembered for his role as Santa each Christmas for the kids, cousins, nieces and nephews, and eventually for his grandchild, Kora Jo. As a life-long resident of rural Windom, and an active and faithful member of the Andover Lutheran Church, John was well-loved. He regularly served on church committees, assisted with worship, and led the choir. Co-workers became friends as he worked at MBM in McPherson as a copier repair technician, sold insurance or water softeners, delivered oxygen through Kanox/Airgas in Hutchinson, or drove for BNSF Railroad Railcrew Xpress in Newton. He made many connections through his Ark Valley Good Sams camping club chapter, and also through his volunteer work with Habitat for Humanity and the ReUse It Center in McPherson. John’s joy was his family. As his kids left home and began families of their own, John and Susie and the kids all remained close, gathering together and having a meal as often as possible. Even after John became paralyzed in December of 2020, his family stayed close through the months of hospitalization and visited nearly every day. John James Borgstrom left this world peacefully on Sunday, July 25th, 2021, at Hillsboro Community Hospital, beloved by the staff who he came to think of as family. The legacy of his love survives: wife, Susie; children, Anna and Tony Borders, Ash and Kristen Borgstrom, Holly Borgstrom and fiancé Lucas Roberts, Gabe Borgstrom; grandchildren, Kora Jo Borders and Reagan and Wesley Bessette, great-grandchildren, Octavia Jo Bessette; siblings, LuAnn and Doug Kogler, Mark Borgstrom and Julie Reichman, and Debbie Adams. He was preceded in death by his parents and brother-in-law Bruce Adams. He will be missed by too many nieces, nephews, cousins, in-laws, and friends to list. Visitation will be held at Stockham Family Funeral Home in McPherson, KS on Thursday, July 29, 2021, from 4-7pm. A Memorial Service will take place at Andover Lutheran Church, Windom, KS on Monday, August 2nd at 10am, with graveside ceremony at Andover Cemetery and potluck meal in the church basement to follow. The family invites everyone to wear red in John’s honor. Memorials can be designated either to Andover Lutheran Church Memorial Fund or Hillsboro Community Hospital in care of Stockham Family Funeral Home, 205 North Chestnut, McPherson, KS 67460. Personal condolences may be sent to the family at www.stockhamfamily.com.

The family of John James Borgstrom created this Life Tributes page to make it easy to share your memories.

Born into a loving family in the rural Windom, KS area, John...

Send flowers to the Borgstrom family.