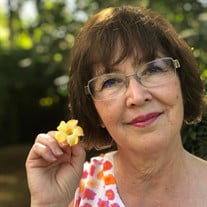 The family of Jaymie L. O'Dell created this Life Tributes page to make it easy to share your memories.

To view a live stream broadcast of Jaymie&#39;s celebration of life...

Send flowers to the O'Dell family.