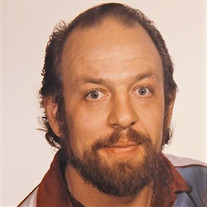 Elwin Lavon “Skeeter” Heitkotter, 72, of McPherson, KS, passed away peacefully on Monday, October 4, 2021, at his home in McPherson. He retired from McPherson Area Solid Waste Utility after working there for ten years. Prior to that, he worked for 20 years at Central Plastics. Skeeter was born on July 30, 1949, in Smith Center, KS, the son of Perry Bernard and Sylvia Eloise “Peggy” (Marshall) Heitkotter. He graduated from McPherson High School in 1967. He served in the United States Army during the Vietnam war as a helicopter door gunner. During his tours of duty he earned the Vietnam Service Medal with two Bronze Service Stars, the Army Commendation Medal with a V Device for Acts of Valor, the National Defense Service Medal, the Aircraft Crewman Badge, the Bronze Star Medal, the Air Medal, and the Republic of Vietnam Campaign Medal with a V Device. Skeeter was a member of V.F.W. Post #2715 and the American Legion Post #24. Survivors include: a son, Michael Heitkotter of McPherson, KS; two brothers, Galen Heitkotter of McPherson, KS and Ronald Heikotter (Connie) of Bay City, CA; sister-in-law, Van Heitkotter of Hutchinson, KS; and many extended family and friends. He was preceded in death by his parents and three brothers, Gregory, Kenneth, and Jody. The funeral service will be held at 10:00 AM, Friday, October 8, 2021, at Stockham Family Funeral Home. The family will receive friends from 8:30 AM until service time on Friday at the funeral home. Burial with Military Honors will follow the service at McPherson Cemetery. Memorial donations may be given to V.F.W. Post #2715 or the American Legion Post #24 in care of Stockham Family Funeral Home, 205 North Chestnut, McPherson, KS 67460.

Elwin Lavon &#8220;Skeeter&#8221; Heitkotter, 72, of McPherson, KS, passed away peacefully on Monday, October 4, 2021, at his home in McPherson. He retired from McPherson Area Solid Waste Utility after working there for ten years. Prior to... View Obituary & Service Information

The family of Elwin Lavon "Skeeter" Heitkotter created this Life Tributes page to make it easy to share your memories.

Send flowers to the Heitkotter family.