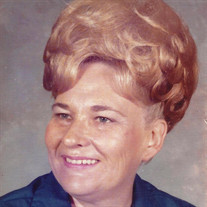 Eleanor “Ellie” Lanham, 84, of McPherson, KS, and formerly of Desloge, MO, passed away peacefully on Monday, January 8, 2018, at Hospice House, Hutchinson. She worked for Rexall Drugs and McDonalds. Ellie was born on October 28, 1933, in Elvins, MO. On January 14, 1956, Ellie was united in marriage to Abraham “Abe” Lanham on January 14, 1956, in Flat River, MO. He preceded her in death on August 5, 2016. She was a member of Order of Eastern Star Mineral Chapter #260. Ellie enjoyed square dance contests and was an avid golfer. Survivors include: niece, Julie McClure (Jeff) of McPherson, KS; great-niece, Bailey McClure of McPherson, KS; and nephew, James Craig (Marion) of Moundridge, KS. She was preceded in death by: mother, Lillian Legrand; and two brothers, Bob Craig and Carl Craig. No service is planned at this time. Memorial donations may be given to Order of Eastern Star Mineral Chapter #260 in care of Stockham Family Funeral Home, 205 North Chestnut, McPherson, KS 67460.

The family of Eleanor Ellie Lanham created this Life Tributes page to make it easy to share your memories.

Send flowers to the Lanham family.