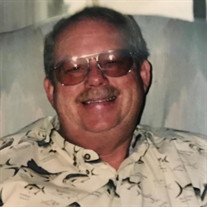 David Bradley Nelson, son of Norris William and Helen Leighty Nelson, was born October 20th, 1941, in Lincoln, Nebraska. He passed away at his home in Topeka, Kansas on November 4th, 2021, at the age of 80 years and 15 days. David was confirmed in the Evangelical Covenant Church in McPherson, Kansas in 1953. He accepted Christ as his personal Savior that year at Camp Washunga. David was later baptized at First Baptist Church of McPherson. For over 2 decades, he was a member of Northland Christian Church in Topeka, Kansas where he loved singing in the choir. Often on Palm Sunday, he would sing Handel’s Messiah with a special choir at Bethany College in Lindsborg, Kansas. He was united in marriage to Patricia (Patty) Louise Noller on October 7th, 1960, in the Danforth Chapel on the Kansas State University campus located in Manhattan, Kansas. During college, David lettered in golf and won many tournaments playing for the K-State Golf Team. After college, they began their new life in Dodge City, Kansas where David was an accountant. To his marriage with Patty, five sons were eventually born: Bradley Allen, Montgomery Paul, Spencer Douglas, Justin Miles, and Chandler John. Later, they relocated to McPherson, Kansas to settle down and raise their boys. He was also the owner of Continental Aluminum Inc. from 1965 – 1978. David also became a Real Estate Broker, an Accountant with various manufacturing companies, a Credit Manager and finally a Senior Accountant with the City of Topeka, Kansas retiring in 2006. After retirement, he and his wife, Patty, enjoyed touring the southern states where it was warm playing golf and hitting the casinos. David loved ALL outside sports, especially those where Patty and the sons could participate. He was an avid upland and big game hunter. In the fall, he could be found hunting pheasants, quail, and ducks. Special times were “The Big Hunt” along the Kansas / Nebraska Stateline at Thanksgiving, the deer hunting at Monte’s, crappie fishing at Lake Perry in the spring, and wading the Smoky and Little Blue Rivers for catfish during the summer. He also cherished the many golf scrambles with his wife, Patty, and sons. Each event included the family as much as possible. Other special times included teaching his grandsons, Jordan and Levi, how to hunt and fish. David was an entrepreneur and businessman, teaching his family the importance of finances throughout his life. He is survived by: his wife, Patricia of Topeka, Kansas; his four sons, Montgomery Paul of Marquette, Kansas, Spencer Douglas of Kansas City, Missouri, Justin Miles of Muskogee, Oklahoma, Chandler John of Marquette, Kansas. He was preceded in death by his first-born son, Bradley Allen Nelson in 2016. He is also survived by grandchildren, Jordan, Levi, Hannah, Moriah, Josiah & Asher from Spencer and wife, Laurie, and grandchildren, Riley, Miles, and Hope from Justin and wife, Joy. He is also survived by one brother, John Mark Nelson and wife, Susan, of Bronx, New York and one sister, Margaret Louise Krehbiel and husband, Mike, of McPherson, Kansas. David is also survived by many nieces, nephews, and other relatives, along with many friends. Famous sayings & notes from David: “Back nine on Sunday” for golfing, “Don’t shoot the ducks” while hunting, “Rats” missed opportunity, “Dirty Dog” while fishing, “Zig-Zag” and “It’s a Runner – RUN” while pheasant hunting, “About 10-12 years ago” in conversation, “Let’s see what’s over the hill” while exploring, “Don’t see any fins” while fishing, “Can’t eat the horns” while deer hunting, “Money Putt” while golfing, “High Brush” while hunting” and “Crappie King” while fishing. “Calcutta”, “Hello 7!”, “They’re in the milo”, “Make sure” and the big three: Hunt, Fish & Golf. Remember “Official Beverages? Do you want to buy a pallet of pop?”. A Celebration of Life Service will be held at 2:00 PM, Saturday, November 13, 2021, at the Northland Christian Church, 3102 NW Topeka Blvd., Topeka, KS 66617. Memorial donations may be given to The Topeka Rescue Mission or to the Northland Christian Church in care of Stockham Family Funeral Home, 205 North Chestnut, McPherson, KS 67460.

David Bradley Nelson, son of Norris William and Helen Leighty Nelson, was born October 20th, 1941, in Lincoln, Nebraska. He passed away at his home in Topeka, Kansas on November 4th, 2021, at the age of 80 years and 15 days. David was confirmed... View Obituary & Service Information

The family of David Bradley Nelson created this Life Tributes page to make it easy to share your memories.

Send flowers to the Nelson family.